‘Who Dares To Dream’ is a superb new and original drama/musical written by Tommy Marren with music by Michael English.  Set in both England and Ireland it tells the story of a young man who has a dream of becoming a music star.  Joey McCann – played by Michael English – is the son of a shoemaker but making shoes in a damp shed doesn’t appeal to Joey and despite the best efforts of his mother Ann (Sandy Kelly) he decides to leave home and head to London in search of stardom. 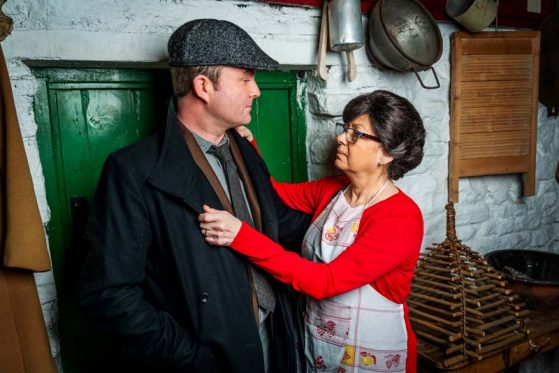 Soon after arriving in London he meets barmaid Aisling O’Reilly (Niamh Langan) who has the same dream as Joey. They audition for a new band being set up by failed music promoter Ollie Doherty (Gerry Ryan) and their lives are about to change.  What will the future hold for Joey?  Is he about to hit the bright lights or instead have to resign himself to spending the rest of his life making shoes? This intriguing story will captivate audiences as the show brings to life a fascinating storyline that is sprinkled with comedy and variety.

Michael English is one of our top entertainers and is regarded by many as Ireland’s most talented singer/songwriter.  He has penned eleven original songs in this production that includes ‘Goodbye Mum’ (duet with Sandy Kelly), ‘That’s My Boy’, ‘We’re Gonna Make It’, ‘The Shoemaker’ and the title song ‘Who Dares To Dream’.

The script is the work of playwright and broadcaster Tommy Marren who has being writing and performing his own plays in Ireland, the UK and America since 2007. His previous works include ‘It’s the Real McCoy’, ‘Nobody’s Talking To Me’ and the highly-acclaimed ‘3 Hail Mary’s’ which has enjoyed an extended run in the Olympia Theatre, Dublin.

Sandy Kelly has had a remarkable career in show business that has seen her perform in the top theatres in the world and sing with the biggest names in show business including Johnny Cash, Glen Campbell, George Hamilton IV and many more.  She is best loved for her stage performances as Patsy Cline in the Patsy Cline story that has taken her all over the world.

The show also showcases a brand new talent in Niamh Langan from Ballina in County Mayo.  Niamh plays the role of Aisling O’Reilly and after a successful run in amateur musicals in her native county over many years she is about to unleash her amazing singing voice and wonderful acting skills in theatres throughout Ireland. 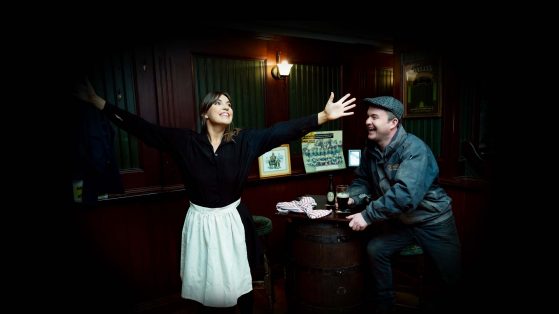