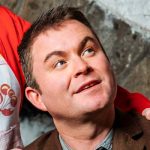 Michael English is one of Ireland’s most successful entertainers.  The Kildare native comes from a musical family so it was natural that he would follow in his father and mothers footsteps.

In 1999 he became a household name when he recorded the song ‘Nearest To Perfect’ which was a hit in both Ireland and the UK.  Michael has gone on to record numerous best-selling albums and his live performances across Ireland and the UK  are hugely popular.

Over the past five years he has had a string of hits and he is now looking forward to a new challenge as he plays the role of Joey McCann in the drama/musical ‘Who Dares To Dream’.

Michael has penned 11 original songs for the show that include ‘The Shoemaker’, ‘That’s My Boy’, ‘Time to Go Back Home’ and ‘Who Dares To Dream’.

Despite numerous accolades including Entertainer of the year, Male vocalist of the year, Songwriter of the year – to name but a few, Michael, not one to rest on his laurels is extremely excited about this new project and hopes that people will enjoy this brand new music as much as he enjoyed creating it. ‘It’s a huge undertaking both writing this brand new score and also delving into the acting side of the business but I’m up for the challenge and very much looking forward to it all – I’m surrounded by hugely talented people in this production’ Michael says. 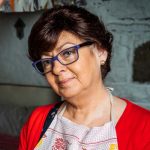 International singing star Sandy Kelly is no stranger to musical theatre.  For over 50 years she has been one of the leading ladies of music in Ireland and is synonymous for her role as Patsy Cline in the stage musical ‘Patsy Cline – A Musical Tribute’ over many years which included show in the West End.

Sandy’s career has seen her represent Ireland at the Eurovision Song Contest as well as hosting her own hugely successful TV series on RTE.  She has recorded numerous solo albums as well as performing duets with artists like Johnny Cash, Glen Campbell, and Willie Nelson.

In ‘Who Dares To Dream’ Sandy plays the role of Ann – mother of Joey – and she brings all her years of experience and talent to the stage in this production. 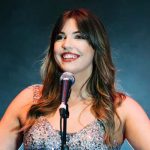 Niamh started vocal training at the age of eight and got her first leading role as Dorothy in ‘The Wiz’ at the age of eleven so theatres is definitely her passion. Over the years she played leading roles in local musicals such as Snow White’, ‘Evita’ and ‘Beyond the Barricade –  A Les Miserables Story’, under the guidance of Lavinia Slater-Gilmartin.

In 2012 she won NUIG’s Got Talent and followed that up by winning the top prize of €10,000 in the Coyote Factor Talent competition also in Galway.  She was part of a popular two piece band “Niamh and David” who were named ‘Top Gig’ in 2015 by actor Pat Kinevane in the Irish Examiner.

Niamh is a second-level school teacher but she is also a qualified Zumba Dance Instructor and vocal coach. 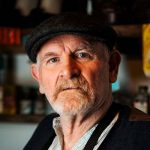 Anthony is a proud Sligo man with a passion for drama.  He has been involved with Grange and Cliffoney drama groups in Sligo as well as touring extensively with the ever popular Beez Neez Theatre Company.

To date Anthony has been involved in almost 20 productions and his performances as ‘The Bull’ McCabe’ in J.B. Keane’s ‘The Field’ has been the highlight of his acting career to date and regarded by many as an exceptional portrayal of the character.

He has also taken part in the Dublin Fringe Festival and continues to enjoy treading the boards.  He plays the role of Tom McCann – Joseph McCann’s father. 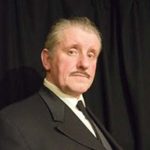 Gerry Ryan has been involved in stage shows and musicals that span four decades.  During that time he has picked up numerous acting awards including Best Actor Award for his role as Private James Daly in ‘No Comet Seen’ by John Kavanagh.

In 2008 Gerry scooped another Best Actor Award for his portrayal of Captain Boyle in ‘Juno and the Paycock (Sean O’Casey) at the Isle of Man International drama festival and went on to a similar award later that year in the British All Winners finals.

He has played many lead roles that include Lenny in ‘Of Mice and Men’, Oscar in ‘The Odd Couple’ and Eddie Carbone In ‘A View from the Bridge’.  More recently Gerry has turned his hand to directing plays that include ‘The Constant Wife’ by W Somerset Maugham and ‘Gaslight’ by Patrick Hamilton. 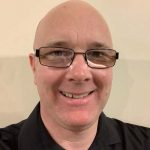 His roles include o Jud Fry in ‘Oklahoma’, Lazar Wolfe in ‘Fiddler On The Roof’ and President Roosevelt in ‘Annie’. He has also had pivotal roles in ‘The Sound of Music’, ‘Calamity Jane’, ‘Sweet Charity’ and ‘Anything Goes’.

As well as a love for musicals Richie has featured in numerous drama productions and Pantomimes and is a keen bass guitar player for good measure!  He puts his musical talents to good use in ‘Who Dares To Dream’. 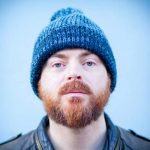 Willie Kelly is a singer-songwriter and musician from Sligo.  A graduate of music performance and production at Ballyfermot Rock School, Dublin he has followed in the footsteps of his parents Sandy and Mike. He worked in Nashville for a number of years where he recorded his 2007 solo album ‘In The Unlikely Event of Fire’.

In 2012 Willie formed the highly-acclaimed band Rackhouse Pilfer with five other Sligo based musicians, where he was one of the main songwriters, drummer and vocalist. The band went on to win the Hot Press Live Band Of The Year’ in 2014 and picked up the Hot Press ‘Best Folk/Trad Band’ the year after.

Currently, Willie is the co-producer and programmer at Sligo Live Festival and recently co-produced the forthcoming Sandy Kelly album. 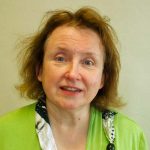 Mary Barry Leonard made her stage debut in the chorus of ‘La Perichole’ with the Wexford Light Opera Society in the old Theatre Royal, Wexford. She then joined the 1982 Wexford Festival Chorus in La Leggenda di Sakuntala and Griselidis.

On her return to her native County Sligo she became an award-winning actress on the Amateur Drama Festival Circuit with The Phoenix Players, Tubbercurry. She has had leading roles in plays that include ‘Rashomon’, ‘Old Road’, ‘The Communication Cord’, ‘A Day in the Death of Joe Egg’, ‘ Dancing at Lughanasa’ and ‘A Crucial Week in the Life of a Grocers Assistant’.

Mary also starred in ‘Calamity Jane’, ‘Old Mother Hubbard’ and ‘The Sound of Music’ as well as directing a number of drama productions on the one-act and three-act drama circuit. 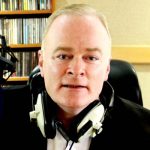 Broadcaster and playwright Tommy Marren has become one of Ireland’s most successful playwrights in recent years.  His acting career included stints with the Phoenix Players, Tubbercurry and Charlestown Drama Society and he has had lead roles in numerous productions.

His writing works include ‘The Banshee of Crokey Hill’, ‘Nobodys Talking To Me’ and the highly acclaimed ‘It’s The Real McCoy’.  His theatre company has performed his work across Ireland, England and America. Whilst mainly writing comedy plays his latest play – entitled ‘Three Hail Mary’s’ – deals with the sensitive subject of dementia through comedy and has received rave reviews that led to an extended run in the Olympia Theatre, Dublin in 2019.

Tommy is also an award winning broadcaster and his daily current-affairs programme on Midwest Radio in Mayo has scooped a number of prestigious national awards over the years. 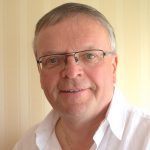 Andy O’Callaghan has worked in the music industry for the last 45 years.

His first professional work was playing keyboards for Anna McGoldrick, followed by a residencyin Dublin’s Barry’s Hotel, then on the road with Tommy and Jimmy Swarbrigg, and then with Johnny Logan.In the middle 80’s, he began working for RTE as an arranger and musical director, and was MD on many productions in that period [Sunday night at the Olympia, Shades of Red, Jacinta, Off the Record] and many more. He was also musical director for the Castlebar Song Contest for many years.He has played keyboards for 5 Eurovision Song Contests. He was Musical Director for the Special Olympics Opening Ceremony in Croke Park in 2003, and for the Queens Visit in 2011. He worked as Musical Supervisor on Riverdance from 1998 to 2004.As conductor and Musical Director for the RTE Concert Orchestra, he has devised and arranged many shows, including “SuperTroupers – The music of Benny and Bjorn”, “You Should be Dancing – Music of the Bee Gees”, “Disco Inferno”, “Copacabana – the Music of Barry Manilow”, and “Rocket Man – Mr Elton John”. He was also MD and conductor for Abba Orchestral in the 3 Arena in February.He opened a studio in 1992, and has recorded many Irish and international artists there, including Tony Kenny, Red Hurley, Colm Wilkinson, Rebecca Storm and many others.He has composed and produced all the music for “Mrs Brown’s Boys” for the last 25 years.He has produced a number of songs for Michael English, leading to arranging and producing the music for “Who Dares To Dream”.